Captain's Landing first opened its doors in the fall of 1995 in Punta Gorda, Florida. Shortly after graduating from the University of Mississippi, brothers Trent and Troy Young decided to follow in the retail footsteps of their father and venture into the world of men's retail.

After the closing of an existing men's store in the beautiful waterfront shopping destination of Fishermen's Village, the brothers took aim at the men's resort clothing business, bringing a slightly less traditional flair along with them. Realizing a generation gap existed in men's wear, they set out to open a store that offered unique specialty goods to a more diverse customer in both age and price point. Keeping up with the latest styles and trends, as well as providing legendary customer service, they were able to build a thriving specialty men's store that to this day attracts customers from near and far. 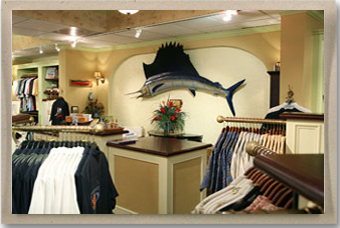 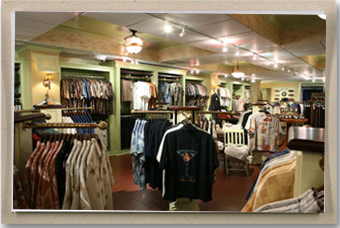 In the summer of 2000 with a need for more space, the Punta Gorda store underwent an extensive remodel that doubled its original size. In 2004 Hurricane Charley ripped through town and devastated the entire community. Even though Charley packed quite a punch, the devastation was short lived and the community came back stronger than ever including their own business, which eventually led to thoughts of expansion.

In October of 2005, Trent and Troy opened their newest store, Captain's Landing of Venice, some 40 miles north of Punta Gorda in the charming downtown city of Venice, Florida. Void of a men's store for many years, Venice seemed to be the perfect place for the brothers to expand their business and provide a highly desired product needed by the community; not to mention the fact that Venice was the town that they were both born and raised in.

The new store was built around a "boutique" concept providing an intimate and relaxed shopping atmosphere. With the addition of a few new lines as well as being richly decorated and furnished, Captain's Landing of Venice was born offering an even more upscale approach to better men's resort wear.

In January 2008, Captain's Landing became "three-dimensional" with the creation of a full e-commerce online channel, CaptainsLanding.com. Having a website provides our seasonal customers the opportunity to shop with us year round while simultaneously introducing a new audience of potential customers what we have to offer. CaptainsLanding.com features many of the unique items that are offered in our brick and mortar stores as well as many items that are exclusive only to the website.

During the Fall of 2010, Captain's Landing of Venice underwent some major changes in order to better serve both its walk-in and internet based clientele moving just one block east of its original location into a breathtaking, custom remodeled larger store that offers more selling space as well as back office and warehouse space to house its growing internet business.

Everyday, Trent and Troy take a very proactive approach to their business, almost always on hand to assist their customers and staff in providing only the best shopping experience found anywhere. With return customers from around the country and around the world, they hope to continue their tradition of quality and excellence while maintaining and building upon the many friendships and relationships that have been developed along the way. If you happen to have any questions or comments for Trent or Troy, please feel free to contact them and they would be more than happy to respond.